credit to ethereal goat for the tv 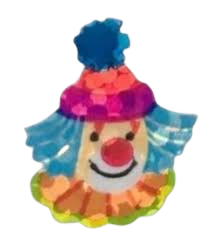 Clowns Without Borders: Top Clown Schools in the U.S.

Clowns: A Misunderstood and Declining Profession

Jules Turnour: Autobiography of a Clown

the history of clowning

clowns have been around and making people smile and laugh since the beginning of civilization. sadly, the profession seems to be in decline for several reasons. a lot of bigger traveling circuses are shutting down due to issues of animal abuse; it's definitely good that the animals are no longer being forced to perform, but although most performers were not to blame for the abuse taking place, it put many out of a job. to make matters worse, with the growing popularity of 'killer clowns' in horror media, around 2016 many people across the U.S. decided to buy scary clown masks and terrorize strangers at night. all of this has led to a lot of misconceptions about clowns, which is why i want to share the history of the profession and give a different perspective!

before going into the history of clowning, it's important to point out that although they were originally 'kept' by rulers/kings (sometimes due to physical deformities or intellectual disabilities), they were usually treated well and not like slaves. court jesters were given a great deal of respect and sometimes even influenced these rulers' decisions. in some cultures, including native tribes, clowns took on a somewhat spiritual role as well.

- one of the earliest recorded performances were that of the imperial court jesters in China. emporer Shih Huang-Ti (around 300 B.C.), who oversaw the building of the Great Wall of China, had a jester named Yu Sze. despite many people dying during the construction of the wall, the emporer was considering having the wall painted as well. realizing how detrimental this decision would be to his people, Yu Sze was the only person brave enough to criticize it (through jest); the emporer promptly decided to abandon this plan.

- Egyptian pharaohs also had jesters: a pygmy clown performed in leopard skins for the court of Pharaoh Dadkeri-Assi during the 5th dynasty. one young pharaoh descriped them as 'a divine spirit -- to rejoice and delight the heart'.

- Ancient Greece had clowns; they often sported some type of mask and an exaggerated phallus strapped to their waist (apparently dick jokes are nothing new). Sparta had clowns called 'Deikeliktas', meaning 'those who put on plays'.

- of course, Ancient Rome had clowns as well, which is where there became several deviations from the traditional court jester. some of the types of clowns that existed were 'Sannio', 'Stupidus', 'Scurra', and 'Moriones'. some of the things most people associate with clowns, such as colorful clothing, exaggerated facial expressions, and physical humor, gained western popularity in ancient Greece and Rome.

- in 8th century East Asia, Harun al-Rashid, 5th caliph (Islamic leader) of the Abbasid dynasty and one of the builders of the Taj Mahal, had a court jester named Bahalul. when al-Rashid asked his jester to compile a list of all the fools in Baghdad, Bahalul replied, 'That would be difficult, oh Commander of the Faithful, but if you desire to know the wise men, the catalogue may soon be completed!'

- Aztec king Montezuma also had jesters for his court; when Cortez conquered the Aztec nation in 1520 A.D. he brought many of these jesters back to Pope Clement VII, noticing that they had many similarities to the ones in Europe.

- the Harlequin character originated in 16th century Italy with the 'Commedia del Arte', a form of (mostly) improv street theatre based on a set list of comedic scenarios. characters were either masters or servants, with clowns depicting the latter. there were usually 3 servants: first zany (the smart, scheming one), second zany (the fool and follower), and fantesca (their female counterpart and potential love interest).

in these theatrical shows, Harlequin was originally second zany, whose ignorance caused him to be perpetually victimized by the clever first zany. as these performances heavily relied on improvisation, performers started to play Harlequin as a smarter character until eventually he was characterized as first zany.

- Harlequin became so popular that the character was brought to English performances and made the star of the show. he would be put into crazy situations such as being chased by police, and was given a stick that he could hit to magically change the scene. if you hadn't guessed, this is where the comedic term 'slapstick' came from. these performances are also where the first whiteface clown, the Pierrot, made an appearance.

- although i have been referring to these goofy characters as 'clowns', this term was actually first coined in 17th century England by William Shakespeare;

it is believed that he derived it from the Danish word 'klunni', meaning clumsy or cloddish. Yorick, a court jester mourned by Hamlet in the famously tragic play, was one character that Shakespeare dubbed a clown:
'Alas, poor Yorick! I knew him, Horatio: a fellow of infinite jest, of most excellent fancy: he hath borne me on his back a thousand times; and now, how abhorred in my imagination it is! my gorge rims at it. Here hung those lips that I have kissed I know not how oft. Where be your gibes now? your gambols? your songs? your flashes of merriment, that were wont to set the table on a roar? Not one now, to mock your own grinning? quite chap-fallen? Now get you to my lady's chamber, and tell her, let her paint an inch thick, to this favour she must come; make her laugh at that.'
- two major innovators (although at different times) were in Lord Chandler's Men, an acting troupe that Shakepeare wrote plays for. these two men where named William Kemp and Robert Armin. Kemp typically played stupid 'country bumpkin' characters (which would later be known as Auguste), while Armin specialized in the depiction of fools and court jesters. Armin wrote one of the first books on the history of the profession, which can be read for free here:

- in 1768, phillip astley opened what is considered to be the first circus in london. it mainly began as a show of horseback stunts, as astley was a former member of the British cavalry. in order to add variety to the show, he created an act that he called 'Billy Buttons', also known as 'The Tailor's Ride To Brentford' that would be performed by some of the very first circus clowns. the act was based on a popular comedic tale about a tailor who is terrifically

bad at riding horses, but attempts to do so anyway because he wants to go vote in the election. it involved the clowns riding, and falling off of, a trained horse during these performances and can still be seen in some circuses today.

- although astley is credited as opening the first circus, he never actually called his performances that. the word circus originally came from latin, meaning 'circle', or 'ring'. its earliest usage was in Rome, where shows for large crowds took place such as chariot races and wild animals and slaves being used in garish exhibitions of gladitorial strength in the giant colosseum. aside from the shape of the entertainment venue and the use of animals, astley's circus did not resemble the Roman circus and was considerably more humane.

- one of the biggest names in clowning history is joseph grimaldi, as all clowns are nicknamed 'joey' in honor of him. he is considered to be the first whiteface clown because popularized the look that most clowns base their makeup on to this very day. he was strictly a theatrical clown and gained wide fame in london for his ability to contort his face in a comedically exaggerated fashion, paired with his fittingly striking and melodromatic face paint and elevation of slapstick humor.


this compilation of clown history is still a work in progress!! please make sure to check back for updates, there is plenty more to come :o) 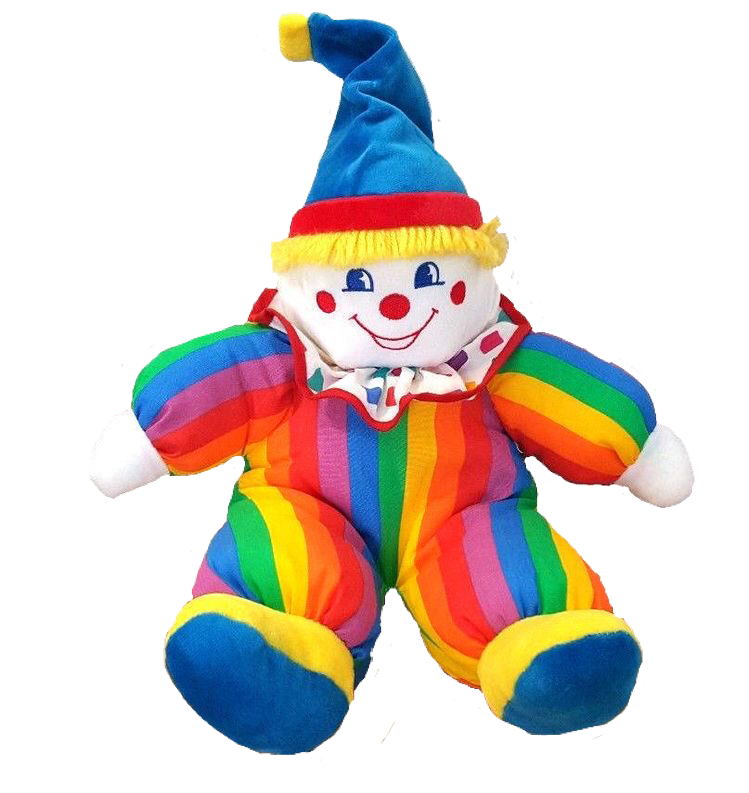 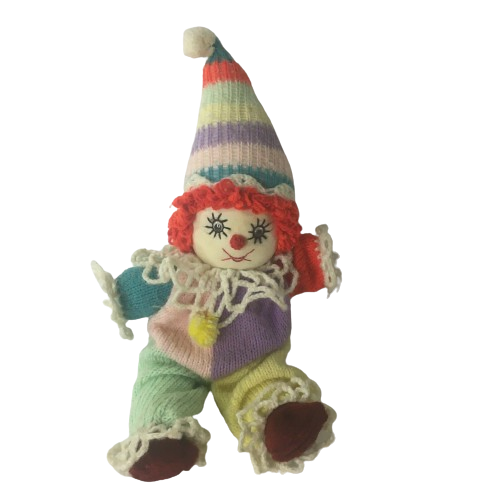